Knowing Everything is Knowing Nothing 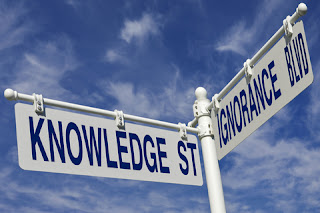 The problem with being a Christian, especially involved with a leadership position like pastor or minister, is you have to be everything to everyone. This is encouraged by the Apostle Paul, being all things to all people so that you can reach them for Jesus.

As an atheist now, I find myself in the same mess. Unlearning the false and relearning proven. That is, proven truths based on evidence and discovery.

Much of what I had learned during my Christian years, I am undoing. Also, there's surprisingly some that I'm finding was actually true, and I can keep a hold of those things. There honestly is a bit of stress involved.

Getting involved in the atheist community, both locally and Online, I'm seeing the same thing with agnostics and atheists. There's a lot to learn about, and there's a spectrum of personality and belief types.

Many are learned individuals. A few aren't. But most are very knowledgeable, and they would have destroyed me in a debate when I was a Christian, even as educated as I was.

You just get taught the wrong stuff.

Biology books written by Christians are biased and lack sufficient arguments. These Christian biology books refer constantly to the Bible, though most of what they instruct is false or distorted.

You can't debate with a non-Christian when you keep saying, “But the Bible says….” To one who doesn't believe in the Bible, it delivers as a cop-out catch-phrase. When there is evidence that is contrary to the Bible, and all you can say, “The Bible says…,” you look like a fool. I know. I felt like a fool, shrugging off plausible answers because they didn't jive with Scripture.

I got to the point, as a Christian, where I was giving “God's Word” the benefit of the doubt. I felt like there were better arguments against the Bible's teachings, but I wouldn't let go of some things.

The evolution argument seemed more and more true to me, and I justified the Genesis 1 and 2 stories as being old text. They were stories passed on from generation to generation verbally, until someone after Moses wrote them down. That's why there's two creation stories: Two stories existed, so both myths were written down. Both stories explained the beginning of time, as Jews understood it at the time. Globally, there are other myths that have been passed on, most easily laughed at, including my own.

So, I decided that maybe God used evolution to create animals and humans. I could be wrong. I could possibly am being heretical, but I was okay with that. I was sure God would understand. I wasn't calling the Bible a lie, but I understood that there weren't eye-witnesses at Creation, so hear-say text shouldn't be taken as word-for-word testimony. Some Bible stories were told by humans, not all of it being words from God.

But what about the six days of creation? Some Christians believe in a literal six-day creation story. Perhaps, but it seemed implausible to me at the time, facing the evidence for evolution. There is a verse that says, to the Lord, a day can be a thousand years, or a thousand days be a year, or something to that effect. I assume it's to mean that God is outside of time.

But that didn't make much sense to me either. With that mindset, you can apply that 1000:1 scenario to anything in the Bible.

What if when the Bible says, “The following day…,” it actually means, “The next millennium?” What if Jesus didn't rise on the third day, but rather will rise three thousand years later? What if there isn't seven scrolls to be opened in Heaven, but seven-thousand? What if instead of being on the ark for forty days, Noah and his family were on it for forty-thousand? What if Adam wasn't over nine-hundred years old, but—?

You get the point.

It started to open a can of worms. How much of the biblical text was literal, and how much of the Bible was figurative, or not even true at all? Maybe the whole thing is hear-say testimony?

I could just pull my hair out, remembering what I was going through mentally back then. And who does one ask about these sorts of things?

I went to a worship leader at the church I was going to at the time. This is maybe 2002. He said essentially what most Christians would say to another in times like these:

We all have doubts;

We have to pray about it;

We have to read the Scriptures;

We have to ask God to open up the wisdom of the Bible to us;

We have to ask for revelation in our meditation;

We have to accept that some things we'll never make sense of;

It'll all be shown to us when we get to Heaven.


How much of the biblical text was literal, and how much of the Bible was figurative, or not even true at all? Maybe the whole thing is hear-say testimony?I don't know about you, but half of this seems like it's dancing around the question. Why not just say, “I don't know.” And leave it at that? I can handle that.

At least sympathize a little bit, you know? Tell me that the more I studied the Bible and Christian reference books, the more confused I was going to get. Tell me the rabbit hole is deep and I've only just begun, after being a Christian for ten or so years. Tell me it doesn't make more sense as time goes on, but less.

Sometimes I wish I had been as I was at sixteen or seventeen years old. Christian by definition (or “nationality!”), but freaking ignorant as a cuss. I blended in better back then. I was wild, obnoxious, and abusive.

The more I studied about the Bible and history, the more I realized what I had feared most: my mentors knew this stuff. The stuff I shouldn't be learning.

You theologians and apologists know what I am talking about: biblical myth stories, different Bible canonizations, the “Lost Books,” dead Christianities, histories of suppression and malice, textual tales of genocide and rape.

These things are in the Bible, but they were news to me. I knew about the Crusades and I knew about the other horrors that people have done in the name of Christianity, but I had felt those were done by people “who didn't know Jesus personally.”

But I didn't know about the genocides that “God's Chosen People” did in the Bible. I knew of battles and wars, but assumed they were defending their land. You know, “bringing democracy to the people.” I thought the “Armies of God” were defeating invaders. But this is far from the case. Just read the text yourself.

I had no clue, until I took the time to actually read the Bible cover to cover, that God was commanding the Israelites to go here and there, wiping out whole groups of people—seemingly on a whim. He would even do it to his own People.

Specifically, read for yourself, Exodus through Judges, and the Books of Kings. Because people groups didn't believe in YHWH, they were destroyed. Not just the men, but women and children, too. Even the properties and animals. Everything was tainted and needed to be destroyed, repeatedly.

This was maybe in 2005 or so that I had read the complete Bible.

I tend to place things in a modern context. Hypothesize, you know? Place the ancient stories in a modern setting.

What if God had told Canada to invade America and wipe out everyone because they, hypothetically, had a different god? Then, after the genocide, the Canadians moved into the land. But not to stay. They're on an exodus. After America, they are to destroy the Mexicans, because of their evil wickedness. See where I'm going with this?

How does “God's Chosen People” decide or determine this? They don't speak the same language, right? You don't live among them to determine how evil they are. Getting too close is risky.

So you develop a plan and go in, destroying everyone. But you're still on the move. The land about to be given to you is further south, so God commands you to continue your wandering in the desert, destroying large people groups—by surprise—to “give” you the rich land of plenty.

Eventually, after destroying multiple people groups, you settle down in the land you were “given,” but now you have to defend this land from enemies of your god, because you took their freaking land. You're the homicidal invader, yet others are evil for attacking you back. The irony!

This is the path of the Jews in the biblical books from Exodus to 2 Kings. How awesome is their god?! 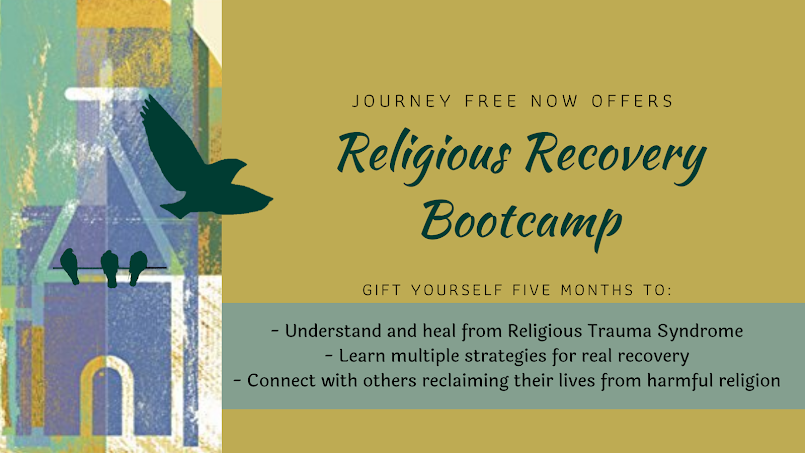